Evolution of pigmentation genes in vertebrates and pigmentary development of an emerging model species of coral reef fish, Amphiprion ocellaris 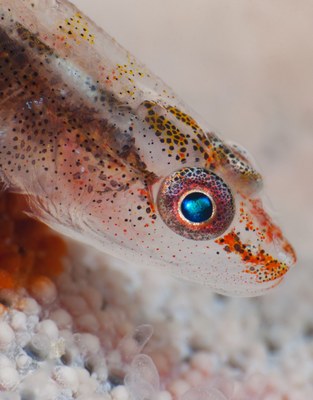 ABSTRACT: Color is a key biological trait that allows individuals to adapt to their biotic and abiotic environment, and many genes have been shown to play an essential role in color acquisition in vertebrates. In this work, the consequences on this specific set of genes of the whole-genome duplications that occurred during vertebrate evolution were investigated. Whereas most genes are lost after a whole-genome duplication event, this work shows that pigmentation genes and other genes within their families have been more retained compared to the average observed genome retention. This was particularly the case for the teleost-specific whole-genome duplications. Hence, this high retention rate could be related to the high pigmentation diversity observed in the teleost fish lineage, both in terms of patterns and of pigment cell types. In addition, during this PhD thesis, pigmentation in an emerging model organism, the clownfish Amphiprion ocellaris, was investigated. The white color in clownfish was shown to be due to specific pigment cells, iridophores, and new iridophore genetic markers were detected. One such marker is almost exclusively restricted to ray-finned fish and could have been acquired through a horizontal gene transfer event that occurred at the onset of the evolution of this lineage. Last, in this work, the genetic basis of pigmentation acquisition was scrutinized during the development of clownfish A. ocellaris, and especially during metamorphosis – a major life history transition in coral reef fish. In particular, the deployment during development of thyroid hormone signaling, which is a key pathway in metamorphosis regulation in vertebrates, was examined.

The thesis will be defended in French. The slides will be in English. Hope to see you there!